Node.js vs PHP: A Side-by-Side Comparison

Are you in a hurry?
Make a PDF of this article.

Sick of scrolling? Download the PDF version for offline reading and sharing with colleagues.

Are you in a hurry?
Make a PDF of this article.

Sick of scrolling? Download the PDF version for offline reading and sharing with colleagues.

Click Below to Print/Download or
Email
[printfriendly]
Node.js and PHP are two fundamental web technologies that are frequently used in web development projects. Both have made contributions to server-side programming, and Node.js may be used for both client-side and server-side development.

PHP has been serving developers for over three decades, and it today runs 78% of the internet. Node.js is a relatively new technology that is rapidly growing in popularity due to its full-stack development capabilities.

There’s only one huge question: Should you use the new, powerful, and fast Node.js or the aged but still trustworthy and productive PHP for your next project?

In this blog, we’ll dig deep into both Node.js and PHP, analyzing all of its features, abilities, and benefits.

Node.js is more akin to a server-side programming environment where you can curl JavaScript. If Node.js is Ironman, then Node is the suit, and JavaScript is the guy inside.

Node.js is a cross-platform, open source, single-threaded runtime environment for developing quick and scalable server-side and networking applications. It uses the Google V8 JavaScript runtime engine and has an event-driven, non-blocking I/O design. As a result, it’s an effective and perfect tool for developing real-time applications.

C++, on the other hand, has certain characteristics that enable Node.js to interface with the operating system in order to establish an internal connection directly with the server, which is impossible for a client-side programming language like JavaScript.

As a result, it interacts with C++ to control certain computer features, resulting in Node.js, a super-efficient server-side and client-side development environment.

According to StackOverflow’s 2021 Developer Survey, 36.19 percent of professional developers used Node.js for heavy work in the previous year/2021, and the figure is expected to rise in the next year/2022. This is due to the fact that Node.js provides a wide range of capabilities such as:

Node.js has played an important role for various industry leaders since its release in 2009. Node.js is being used by businesses of all sizes, from startups to Fortune 500 corporations.

Let’s get to know some industry heavyweights who use Node.js:

Pros and Cons of Node.js

Because of its frontend and backend development skills, as well as its cross-platform capabilities, Node.js is currently one of the most extensively used software development tools.

Let’s go through all of the benefits of utilizing Node.js:

Node.js is listed by Google as one of the fastest runtime system engines. Furthermore, Google Cloud provides JavaScript developers with tools for developing cloud-native apps. SDKs, in-IDE assistance, and native runtime support for Cloud Run, Cloud Functions, and GKE may help you create apps quicker. Furthermore, Google Cloud can run your application from beginning to end.

Let’s go over all of the cons of utilizing Node.js: 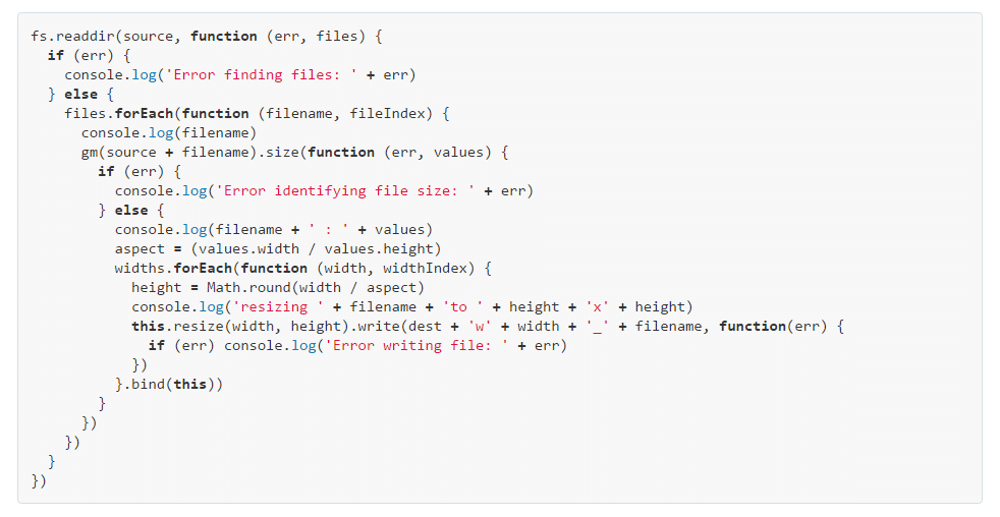 PHP is an short form for Hypertext Preprocessor, which was originally an abbreviation for Personal Home Pages. PHP is a server-side scripting language that is object-oriented and open source. It is mostly used for web development.

PHP is mostly used to build web servers. Nonetheless, it may be performed both in the browser and via the command line. If you do not want your code output to be displayed in the browser, you may do so in the terminal.

PHP employs the Zend Engine, which is the most extensively used implementation in daily use. However, Facebook created many PHP implementations, including parrot, HipHop Virtual Machine (HPVM), and JPHP.

PHP 7.6 or 8.0 should be used if you want dramatically enhanced performance, speed, and security.

According to the 2021 Developer Survey from StackOverflow, more over 22% of professional developers utilized PHP for heavy programming last year. Many online gurus expected that PHP would die out, yet it has weathered the test of time. A sizable number of users continue to rely on PHP and its good features, which include:

PHP essentially owns the internet. PHP powers more than 78 percent of websites, thus its popularity in the development industry is undeniable. Similarly, it remains a critical technology for some of the world’s top technological businesses.

Let’s have a look at some of the biggest PHP users:

Pros and Cons of PHP

Sourabh is a Computer Science Engineer and Web Developer. He is Expert in Front-end Development and WordPress Expert. In his free time he likes to read comics and code.
All Posts
Share this article with your friends or colleagues.
Facebook
Twitter
LinkedIn
Pinterest
Reddit
Skype
Telegram
WhatsApp
Mix
VK
OK
Tumblr
Digg
StumbleUpon
Pocket
XING

Enter your email and get notified about news, of.